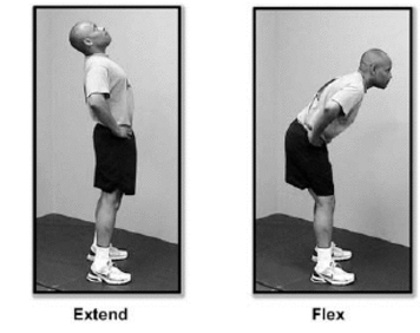 The rigors of military life and the inherent lack of control over one’s personal schedule are well known to those of us who have lived them. You can’t always predict (or control) where you’ll be at a given time, or if you’ll have access to a computer or even your personal records and files. Fortunately, Uncle Sam has authorized the IRS to be a little lenient with military personnel when it comes to the tax filing deadlines. Some military personnel may even qualify for an extension to pay taxes owed – which is something the IRS doesn’t allow very often. Extending the tax deadlines could save you time and money - but you have to know them to take advantage of them.

In a Combat Zone

The greatest allowances are made for service members serving in a combat zone. The nature of modern warfare has filtered into the tax code such that contingency operations are also included as duty in a combat zone. Combat zones are declared by Executive Order, and the IRS is currently recognizing three named combat zones – The Afghanistan Area (which includes several countries quite far from Afghanistan, so be sure to check), the Kosovo Area, and the Arabian Peninsula.

If you are serving in a combat zone or contingency operation you are granted an extension of the deadline to file your return, pay any taxes owed, claim a refund, or take other actions (discussed later) with respect to your tax return. The extension starts the day you depart the combat zone and extends for 180 days plus any time you had left to file your return by the original due date after you were deployed. For example, if your tax return was due April 15 and you were deployed to a combat zone on March 31, your deadline extension would be 180 days plus 15 days (April 1 – April 15), or 195 days.

What are some of those other actions (mentioned above) you might want to take impacting your taxes? How about:

What if You’re NOT in a Combat Zone?

If you are not serving in a combat zone you may still qualify for some deadline extensions. If you are stateside, you can use the automatic extension to file. You get this by timely filing form 4868 either on paper or electronically. If this form is received by the IRS prior to the original filing deadline you are granted a six-month extension TO FILE your tax return. This is only an extension to file the return. IT IS NOT AN EXTENSION TO PAY YOUR TAXES. Many people get that confused. Any taxes owed are to be paid when the extension is filed. If you owe and don’t pay when you request the extension, you will be subject to penalties and interest.

If you are serving outside the United States (and Puerto Rico) you can get an automatic 2-month extension to file without filing form 4868. When you file your tax return you must attach a statement showing you were serving in the military outside the United States on the date the tax return was due. If you owe taxes they should be paid by the original tax deadline. Tax payments received after the original tax deadline will be subject to interest.

If you are serving outside the United States (and Puerto Rico) and you need an extension to file greater than 2 months, you will need to file form 4868. This will give you an extension to file of 4 additional months. Form 4868 must be received by the IRS prior to the automatic 2-month extension expiring.

Not to be outdone, Virginia extensions are even more generous. If you qualify for an extension from the IRS due to service in a combat zone, the minimum extension period granted by Virginia is one year.  “Members of the Armed Forces serving in a combat zone will receive either the same individual income tax filing and payment extensions as those granted to them by the IRS, plus an additional fifteen days, OR a one-year extension, whichever date is later.”

North Carolina follows the IRS with respect to the rules on extensions for military personnel serving in a combat zone. North Carolina is a bit more generous than the IRS when it comes to military personnel serving outside the United States (but not in a combat zone). Personnel serving outside the United States (and Puerto Rico) can receive an automatic four-month extension. You simply check the box that says, “Out of the Country” when you file your return. If you don’t pay your North Carolina taxes by the original due date they will accrue interest (but not penalties) through the extension period. If you need more than 4 months, you can request an additional 2 months by specifying your request on form D-410 by August 15.

Additional information on federal extensions can be found in IRS Publication 3, Armed Forces’ Tax Guide, which also contains a treasure trove of tax tips for military personnel. If you are in the military and prepare your own tax returns you should read all 37 pages of that guide annually. If you’ve got a complex tax situation, or you just want someone else to take care of your tax preparation – give me a call! That’s what I do!