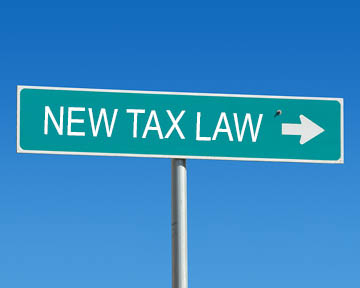 That's a mouthful, eh? That's the name of a law President Obama signed on 31 July 2015. Even if you heard about it, I am willing to bet you didn't know there are some changes to the tax law in there, did you? There were quite a few changes, actually, but since they don't impact every American it didn't get a lot of attention from the media. Strangely, tax law changes are not mentioned anywhere in the title of the new law!

Here's the short version of the changes:

C Corp Returns Due Date. Just the opposite of the partnership return. The due date was previously March 15, but has been moved to April 15. For corporations that do not use the calendar year as their tax year the due date is the 15th day of the 4th month after the tax year concludes. This change also takes effect for the tax FILING season in 2017.

Additional Information on Mortgage Interest Statements. Also beginning in 2017, mortgage lenders will be required to include the address of the property securing the loan, the loan origination date, and the principal balance at the beginning of the calendar year on Form 1098 Mortgage Interest Statement. I am happy about this change. There has been some confusion in the past.

Consistent Basis Reporting Between Estates and Beneficiaries. Beneficiaries receive a stepped-up basis in inherited property (such as a house). This means if the house is valued at $300,000 on the date of death, the beneficiary's basis in the property (for sale purposes) will be $300,000. For a while there has been a conflict between the estate administrator trying to keep property valuations low in order to keep estate taxes low, and the beneficiary trying to keep the valuation high so that his basis is high. The new law requires the estate administrator to include the valuation of each individual property with the estate tax return - with copies to the beneficiaries.

Note: Due to the (currently) large estate tax exclusion ($5.43 million) estate returns are only required to be filed on the relatively small number of estates exceeding that value. There are, however, some reasons to file an estate return even if it isn't required. Consistent reporting of basis between estate and beneficiary is now another reason to consider filing an estate return even if the estate value is below the requirement threshold.

Foreign Bank Account Reporting (FBAR) Dates. If you have more than $10,000 total in overseas banks you have to report it on FinCen Form114. The due date was formerly June 30, but has been moved back to April 15. While that seems like it raises the burden on the taxpayer to get the Form 114 filed, the new law adds (for the first time) the possibility of getting a 6-month extension to file. Like the other laws, it takes effect in 2016 for the 2017 tax filing.

There were a few other tax items in this new law, but those are the main points. What any of the new tax provisions have to do with surface transportation or veteran's health care is beyond me. I strongly suspect I would not enjoy a front row seat to see how the legislative sausage gets made in Washington. I prefer things simpler - like putting new tax laws in a bill called The New Tax Laws for 2015 Act. Direct and to the point!