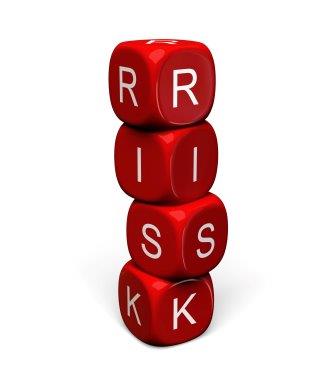 'You don't know what you don't' know was a commonly used expression in my former career as a Navy Intelligence Officer. It carried two different meanings. Sometimes it meant never stop researching the adversary. Other times it meant we have intelligence not everyone can be told. Either way, I don't think the expression was as useful in that line of work as it is in tax preparation.Most people who seek professional assistance with their taxes do so because they are afraid of what they do not know. They fear they will leave something critical off of their tax return causing them to underpay their taxes and landing them in hot water with the IRS. They also fear they will be unaware of a tax break they qualify for and will pay more in taxes than they need to.The peace of mind they get from having a professional prepare their taxes is worth the cost of the service. They don't know what they don't know, but they expect the professional will know.I would say that is usually true, but not always. There are, unfortunately, some inexperienced and under-educated tax preparers out there. My first year as a preparer I frequently worked alone in the shop with another first year preparer. We were the only two available to work the evening shift, so it was just us most evenings. Customers had no idea we didn't have a very broad base of tax knowledge or experience. They assumed (reasonably so, I think) that the nationally known company for which we worked would never leave two newbies alone in the store during tax season.So, you don't know what you don't know extends beyond knowledge of taxes, but also to the knowledge, credentials, and experience of your tax preparer. Does that person across the desk actually know what they are doing? Remarkably, only one customer that entire year ever asked me about my credentials or experience. I was a little stunned when she asked (probably because of the way she threw it at me like an accusation), but I think it is a very reasonable question.So, you're sitting across from your tax preparer. What do you ask? How do you know if that person about to prepare your taxes is competent? Here are some rules of thumb I recommend:- If your taxes can be filed on a 1040EZ or a 1040A, anyone will do. Seriously. In fact, you should probably just do them yourself. - If you file a plain old form 1040 you probably want someone with at least a year's worth of experience.- If you file a 1040 with a Schedule C, E, F, or H, you want someone with at least 3 year's experience. Preferably someone with the Enrolled Agent (EA) credential.- If you are filing something other than an individual tax return, such as a form 1041, 706, 709, 990, 1065, or 1120, you want an EA or a CPA.In retrospect I am glad I worked alongside another new preparer my first tax season. I was forced to deal with some more complex tax issues than I would have been if paired with a senior tax preparer. I was forced to learn at a faster rate. It was good for my growth as a tax professional. It worked out well for me that most of my clients didn't know what they didn't know. That doesn't make it right, of course, but it worked out.I am an Enrolled Agent, federally licensed and regulated by the IRS to prepare taxes and represent taxpayers at any office within the IRS. If you want professional assistance with your tax return, please contact me.