Why Do I Have to File a Partnership Return? 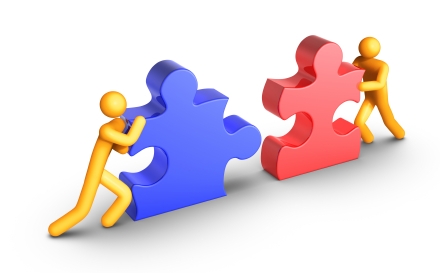 I am writing this post because I have seen several clients who have formed a business partnership without knowing there were tax filing implications for doing so. I am not trying to dissuade anyone from forming a partnership, but I think it would be helpful for people to know how that is going to impact their tax return preparation.

A partnership can be formed in several ways, but the one that seems to surprise the most people in my experience is when they form a Limited Liability Company (LLC) together. Limited Liability Companies have become very popular for the protection against personal liability they extend to small business owners. LLCs are organized under state laws, and many states - including Virginia - have made them relatively easy and affordable to form.

When an LLC is formed the state wants to know who the members of the LLC are. The members are the owners. If you list more than one member when you form your LLC then under federal tax law you have just created a partnership. (Unless you decide to incorporate, which I cover in more detail later.)

A simple scenario might be one in which Jim and John are friends and generally handy do-it-yourselfers. John has a truck, they both have some tools, and they decide to try to make a little money on the side by doing simple repair work at people's residences. They form an LLC to limit their liability, listing both Jim and John as members of the LLC.

In the eyes of the IRS they have just formed a partnership. 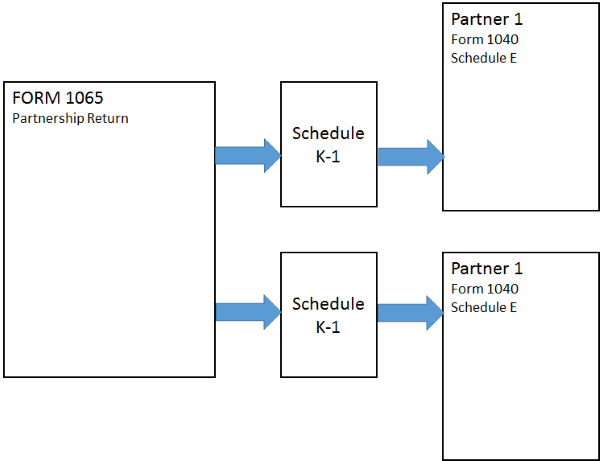 (There are other uses for Schedule K-1, by the way. It's not only used for partnerships, so if you hear someone talking about a schedule K-1 it doesn't always mean there was a partnership involved.)

To further complicate things, income on an individual tax return (form 1040) falls into different categories for tax purposes. For example, long term capital gains are taxed differently than wages. Those two types of income have different character. Because the income from the partnership is passing through to the individual partners, it is important for the character of income to be preserved. Long term capital gains from a partnership must pass to the partners as long term capital gains. Rents as rents, etc. In order for this to happen some of the income items on a form 1065 must be separately stated. This can make the Form 1065 a real pain in the neck to figure out.

In addition to the complexity of the return, the software to create the 1065 isn't cheap, either. There are some significant hassles for do-it-yourselfers. I'm not saying a small business owner couldn't figure out how to prepare and file his or her own Form 1065, but Jim and John would probably benefit from some professional assistance.

Partnerships and LLCs are some great tools for small business owners. Just be sure your eyes are open about the tax consequences if you form one. You are going to have to file some additional tax forms. If you have questions please contact me.