Tom Acts Like He's Unmarried, Does the IRS Agree? 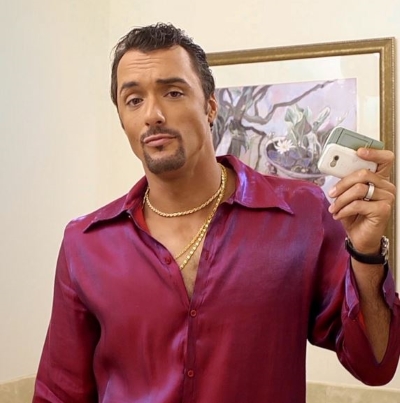 Tom left his wife Wilma in May 2015 and moved in with his pregnant girlfriend Greta. Tom and Wilma have a 3-year-old daughter who remains with Wilma in the house where they previously all lived together. Tom is not providing any support to Wilma or their daughter. Greta gives birth to a boy in November. Legal proceedings for Tom and Wilma's divorce have not yet started.

What is Tom's filing status for his 2015 tax return?

What about Wilma and Greta? How should they file? These are tricky situations.

No one complains more than I do about the complexity of the tax code, but in some ways it has to be complex. It must cover every US Taxpayer - and there will be some unusual situations in the mix. Situations that don't fit the typical pattern or original intent of the law. Yet, the law must be interpreted to cover every one of those situations, even Tom and his children and their mothers and their living arrangements.

In this situation there are several legal ways for Tom to file, so we want to use the one that would be most advantageous. You will often hear me say Legal and Most Advantageous, which I also abbreviate as LAMA.

Based on our knowledge of the situation thus far his options may include Married Filing Jointly (MFJ), Married Filing Separately (MFS), Single, and Head of Household (HoH). There might be some additional circumstances that prevent Tom from using one or more of those filing statuses, so we need to explore them a bit further.

Tom and Wilma could file Married Filing Jointly, and this may well be their most advantageous filing status. While filing this way might be advantageous with respect to minimizing their tax burden, filing jointly would require a degree of cooperation between Tom and Wilma that may not exist. Tom can't file jointly if Wilma refuses. Likewise, Wilma can't file jointly if Tom refuses. They would need to agree to do it, and share information to get their tax return completed. They might cooperate if they are shown that it saves them money, but in situations like these it is not uncommon for people to forgo their most advantageous filing status to avoid cooperating with a soon-to-be ex. Emotion has been known to trump logic in such matters.

Tom's filing status could be Married Filing Separately. This may seem like the most logical way for Tom to file, since he is married and he is separated from his spouse. However, it is probably also the least advantageous way for him to file (but we don't yet know for sure). Remarkably, it could still require a small degree of cooperation between Tom and Wilma. When a married couple elects to file separately they must both claim their tax deductions in the same manner - meaning they must both itemize on schedule A OR they must both claim the standard deduction for married filing separately. In order to know how your spouse claimed deductions you have to ask them.

The child in question for the above IRS tests isn't Tom's daughter with Wilma, but his son with Greta. Although the child was born in November he is considered to have lived with Tom all year. As long as Tom paid for more than half of the upkeep on the home he lives in with Greta, he can qualify. He would need to cooperate with Greta for this filing status, as she may also be able to claim the child on her return, and they cannot both claim the child. (Their contributions to home upkeep would need to be relatively close for it to be questionable who can claim the child.)

Tom could also file as single. He can be considered unmarried as he did not live with his spouse for the last 6 months of the year. State marriage laws may come into play here. If the state has a process for being legally separated it must be used. (Virginia does not have such a provision.) Filing singly is less advantageous than filing as HoH, so Tom would only use this filing status if Greta is claiming their son on her taxes.

To find the most advantageous filing status solution Tom should calculate his taxes all of the different ways and compare the results. In the above scenario I would expect the most advantageous filing status would be for Tom and Wilma to file jointly and Greta to file as Head of Household (assuming all other criteria are met), but I wouldn't know for sure until I had run the numbers through my software every possible way. That can be tedious and time consuming, but might be worth the effort.

If you have questions about your filing status, please feel free to contact me.