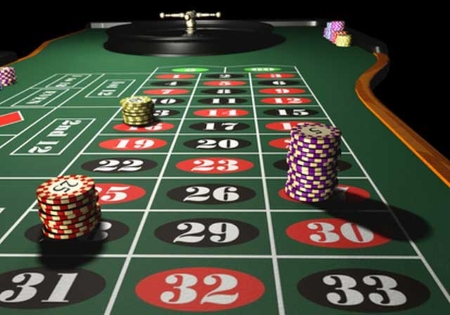 Let me start by stating that I enjoy some forms of gambling - I'm a numbers guy, I like the numbers - but I really hate the federal tax treatment of gambling. I think the laws are ridiculous and grossly unfair. Ridiculous because they are nearly impossible for an average taxpayer to comply with. Grossly unfair because...well, that's a long explanation that I'll get to later. Regardless of my personal feelings, however, the laws are the laws and we will always attempt to adhere to them.

How to Account for Gambling Winnings on Your Tax Return

Gambling winnings of any amount are considered taxable income. If you won $50 in the office Super Bowl squares game you're supposed to pay taxes on it. Gambling winnings of that simplicity are on the honor system, though. There is no paper trail for the IRS to follow, so compliance is very low. Only a fanatically compliant taxpayer would actually consider including that $50 on his or her tax return, but legally they're supposed to.

To encourage compliance at higher forms of gambling the government requires casinos, horse tracks, and dog tracks to generate the form W-2G for certain winners. Those winners would be

This is where I explain why I think the tax laws on gambling are grossly unfair. Let's look at an example. This example is exaggerated to make my point, but after reading it you should be able to understand the inherent unfairness of how the law works.

John is a school teacher earning $50,000 per year. He drives a Corolla, has a child, contributes $300 per month to his IRA, is working toward his master's degree, and pays his taxes on time every year. John also visits a local casino every night and bets $1,000 on a single hand of blackjack. That's it, one bet, $1,000, every night, 365 days a year.

Model citizen John includes $182,000 (his 182 wins) as income on line 21 of his form 1040 and deducts $182,000 on schedule A (the maximum he can deduct up to his winnings). John's adjusted gross income (AGI) for the year is now $232,000 (his gambling winnings plus his teacher's salary). At that AGI his contributions to his IRA are no longer tax deductible, increasing his tax bill by $900 given his 25% top marginal rate. He no longer qualifies for the child tax credit, costing him another $1,000. He no longer qualifies for the lifetime learning credit for his college expenses, costing him up to $2,000. He may even owe Alternative Minimum Tax.

John's $182,000 deduction for gambling losses peaks the interest of the friendly neighborhood IRS agent, who decides to audit John. Does John have records and/or receipts for his gambling losses? Probably not. Most people who gamble recreationally don't bother. Why would you? You're just having a bit of fun, not running a business. But John better hope he can prove he lost $182,000 at the casino, or his gambling deduction could be disallowed and then he is in for a ton of taxes due.

John's net gambling losses for the year were $1,000, and the tax code beats the hell out of him for it. That is why I believe the tax laws on gambling are grossly unfair. You can't net your wins and losses for the year on your tax return. You have to claim all your wins as income and then deduct the losses later on the form. That approach can wreck someone's tax situation.

When it comes to gambling, it's like Uncle Sam is your silent mafia partner. If you win you pay him his cut. If you lose he can get it out of you in other ways.

If you do a fair amount of recreational gambling it is prudent to keep a good record of your wins and losses. If you ever hit a big payout you will want to be able to substantiate the deduction for losses you'll take on schedule A to offset your winnings. If you have questions about taxes and gambling please contact me.