Wow! Almost a month since I have published a blog post. I've been rather busy getting the financial planning side of the business set up. Additionally, there were some management changes with the office I rent and I had to spend some time figuring out if I would be able to stay here at 582 Lynnhaven Pkwy or if I was going to have to find a new office. (That's all settled, and I am staying right here!) And lastly, I had a kidney stone. A big, nasty 7 mm one that attacked during the evening of the last day of tax season! That had me out of commission for a while, but now I am back at full stride. Time to start posting again.

I thought I'd ease back into the tax blog with a little history on the ordinary and necessary requirement for business expenses.

This is a little tax story that I find interesting. I hope you do, too.

Harold Lloyd Jenkins made a significant impact on the federal tax code when he won his lawsuit against the Commissioner of the IRS. In its ruling favoring Jenkins the tax court defined the standard for Internal Revenue Code section 162 ordinary and necessary business expenses. That standard is still in effect today. If none of this seems interesting, keep reading – it gets better. 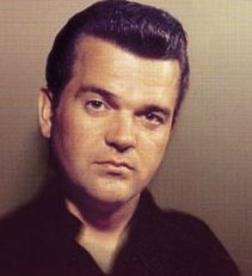 Harold Lloyd Jenkins was much better known by his stage name Conway Twitty. As a singer, songwriter, and producer Twitty collaborated on 55 number one country, pop, and R&B music records during his career. He may be best known for a series of country duets he did with Loretta Lynn in the early 1970s. What he is not remembered for is Twitty Burger.

Twitty Burger was a string of hamburger restaurants Jenkins/Twitty opened with investor backing in 1968. By 1971 it was evident the restaurants had no future and were closed. In 1973 and 1974 Twitty repaid some of his Twitty Burger investors with money he earned as a recording artist.  He deducted those payments to investors as an expense to his business of being a recording star.

The IRS disagreed that repayments to investors for a previous failed business were an ordinary and necessary business expense for a recording artist and demanded Twitty adjust his tax returns and pay the taxes on that money. Twitty and his lawyers took the case to Tax Court where they argued that a country music singer’s reputation was essential to the success of his business/career, and that failing to repay the Twitty Burger investors would have damaged Twitty’s reputation within his industry. Therefore, the repayments met the standard for being ordinary and necessary business expenses for a country music singer.

The tax court agreed. The court ruled that two questions need to be taken into consideration when determining ordinary and necessary:

1) What is the motive for making the payments

In Twitty’s case the court ruled that Twitty made the repayments to investors to protect his reputation, and that his reputation was essential to his business as a recording artist.

As an odd footnote to this story, the Tax Court concluded their written ruling on the case in the form of a country music ballad.

He repaid his investors, one and all

It was the moral thing to do.

His fans would not have liked it

It could have hurt his fame

Had any investors sued him

When it was time to file taxes

Conway thought what he would do

Was deduct those payments as a business expense

In order to allow these deductions

Goes the argument of the Commissioner

The payments must be ordinary and necessary

To a business of the petitioner.

Had Conway not repaid the investors

His career would have been under cloud,

Under the unique facts of this case

Held: The deductions are allowed.