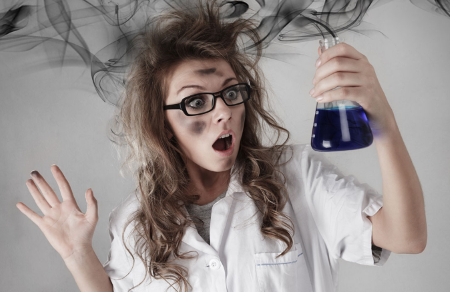 I thought I would make a post of the most common errors I found on tax returns this past year. If you’re preparing your own taxes it might give you an idea of some things to watch out for.

Not Using the Sales Tax Deduction When it is More Advantageous

For some military families where the spouses file jointly, it is still better to take the sales tax deduction than the state income tax deduction even if they do pay state income taxes. It's rare, but it happens. It depends on the relative incomes of the individual spouses. Take some time to figure it out – it’s worth real money! (Read more about this.)

Reviewing my records for this post I found only one landlord in the past two years who did his own taxes and correctly calculated the depreciation on his property. I’m not going to try to explain how to figure depreciation here, but given the number of errors I see by do-it-yourselfers, it is clearly complicated. One of the things that makes it so complicated is that the forms the IRS provides are not very helpful in explaining how to fill in the blanks.

If you’re trying to calculate depreciation on a rental property for yourself and you get stuck, get help from a tax professional. The IRS will make you rectify your depreciation numbers when you sell the property and I have seen some significant tax consequences to taxpayers who thought they understood depreciation but did not.

Paying Taxes on a Child’s Income

The typical scenario here is that Grandma opened a Unified Gifts to Minors Act (UGMA) account in Junior’s name and put some stock or a mutual fund in it. Junior is now six years old and receives a 1099-DIV for the $120 in dividends he earned. The parents include that money in their income and pay taxes on it. This is a mistake.

Junior is his own tax entity. His money is his money – it isn’t your money. You don’t have to pay taxes on it. Even better – Junior doesn’t have to pay taxes on it either until his interest and dividends (unearned income) reaches $1050. Once you get above $1050 the rules get strange fast. If you have questions about those rules just ask, but stop paying taxes on your kid’s $120. It isn’t necessary. (And UGMA's aren't that great, either. There are usually better options for grandparents who want to help. You can ask me about that, too.)

Not Deducting ALL of the State Taxes Paid

In 2015 John and Mary had $3,000 withheld from their income for state income taxes. They itemize their FEDERAL tax return and claim the $3,000 that was withheld as their state income tax deduction on Schedule A.

The problem is that John and Mary actually paid $4,000 to Virginia in 2015 – the $3,000 they had withheld and the $1,000 they paid in April to settle their 2014 tax bill. They should be claiming a $4,000 deduction for state income taxes, not just the $3,000 that was withheld from their income. Don't forget to deduct the amount you paid in addition to the wage withholding!

Not Claiming an Allowed Vehicle Deduction

Many taxpayers have more than one job, or they need to drive for work. Both of these situations can create an opportunity for the taxpayer to deduct expenses for using their own vehicle. I wrote a complete post about this previously, so you can get the additional details here.

This isn’t really a tax preparing error – the IRS doesn’t require you to use your HSA. However, for most people it’s a big mistake to not use it. You’re missing out on an enormous tax benefit. You can put money into it tax free, growth of the money in the account is tax free, and as long as you use the money for medical expenses you can take the money out tax free as well. Free when it goes in, free while it grows, free when it comes out - that’s Tax Nirvana!

I am stunned when I see taxpayers with unused cap space on their HSAs. They are missing a real opportunity to save money on taxes by not fully utilizing this great tax benefit.

I offer to amend returns when I find errors. I charge a fee for that, of course. I am running a business here, after all. But just because I am running a business doesn’t mean I want people who prepare their own taxes to make errors that cause them to overpay the IRS. The tax code has built in protections and benefits for taxpayers. Everyone should be taking advantage of them.

If you have questions or want me to review your taxes, please contact me.