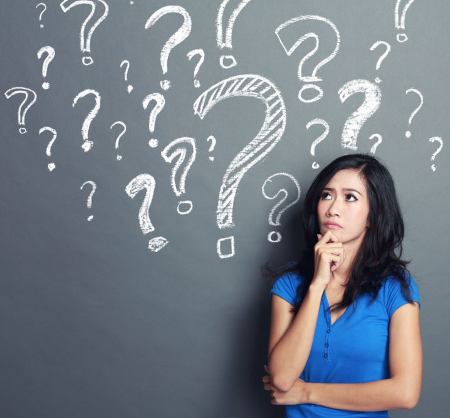 You borrowed $25,000, quit paying on the loan, and then the lender decides to cancel your debt. Sounds good, right? You don’t have to pay it back. Your credit score probably took a beating, but at least that creditor will quit blowing up your phone and making you dread the trip to the mailbox. This seems like a very good thing. You might even do a little happy dance.

Then in February you receive a form 1099-C in the mail. It says “Cancellation of Debt” in big letters on it. This looks suspiciously like a tax form. What does this mean? Tax forms are almost never welcome news. Did you do your happy dance too soon?

You may have. You received that form because the tax code considers cancelled debt to be income, and income is taxable. It may need to be included as income on your tax return. You might have succeeded in getting one creditor off your back, but if you can’t pay your taxes on the cancelled debt you may have only traded one creditor for another one. The most relentless and capable creditor on the planet – the IRS.

Debts for which you are personally liable (responsible) are known as recourse debts. If a recourse debt is forgiven or discharged for less than the full amount owed, the unpaid amount is considered to be income to you. That amount will be on the form 1099-C issued to you by the lender. A copy of that 1099-C also goes to the IRS, and they will be looking for you to include that amount as income when you file your next tax return.

That is...unless you qualify for one of the exceptions or exclusions.

There are certain situations in which that cancelled debt does NOT have to be included as income. If you have cancelled debt you will want to investigate these to see if you qualify for one of the exceptions or exclusions. If you do, maybe you can get your happy dance back.

Gifts and Inheritances. You borrowed money from your parents to purchase your first home and you’ve been paying them back on terms you have agreed to. Then, at Christmas they decide to forgive the remainder of the debt as a gift to you. You do not have to include this cancelled debt as income. (It would be pretty weird if your parents issued you a 1099-C in this situation, but hopefully you get the point of the example.)

Likewise, if someone forgives your debt in their will, you don’t have to include that debt forgiveness as income.

Student Loans. Student loans issued by government and/or non-profit organizations can be forgiven if the person receiving the loan works in a specified – usually some type of public service - profession. (There are too many professions and nuances for me to list here, but Student Loan Hero does a good job of tracking them.)

If your loan and your work qualify for student loan forgiveness, you do not have to count that cancelled debt as income.

Exclusions
Exclusions exempt you from paying taxes on the debt because of your particular circumstances when the debt was cancelled. There are several exclusions, but I am only going to cover the top three.

Bankruptcy. If your debts were cancelled as part of a chapter 11 bankruptcy judgement, you do not have to include them as income. Your bankruptcy judgement must be final before you can claim this exclusion. The IRS does not consider matters pending before a court to be evidence of qualifying for the exclusion.

Insolvency (this is The Big One). Most people don’t just get up one morning and decide to stop paying on their debts. In most cases, they stop paying on their debts because they don’t have enough money to make the payments. In this situation, you may be what is known as insolvent. If you can prove you were insolvent immediately before the debt was cancelled, you do not have to include that debt (to the extent of your insolvency) as income on your taxes.
Of course, the IRS makes you prove you were insolvent (and the extent to which you were insolvent). You do this by filing form 982 with your tax return. On form 982 you list the assets and liabilities you had right before the debt was cancelled. You do not have to list any assets that are beyond the reach of your creditors (such as a retirement savings account) on form 982. If your liabilities exceed your assets, you are insolvent. The amount your liabilities are greater than your assets is the extent of your insolvency. Let’s look at some examples.

Qualified Principle Residence. If the cancelled debt was used to purchase your main home, then it is excluded from income. The IRS defines your main home as the one in which you live the most. You can only have one main home. If you refinanced your home only the amount of the loan that covered the principal of the original loan is qualified principle residence debt. Let’s look at an example.

There are some additional rules on qualified principle residence debt regarding money spent to make improvements and additions to the home that I don’t want to try to explain here. I just mention them so you are aware they exist if you have mortgage debt cancelled. If that is your situation, contact me and we can dig into the details.

Having a debt cancelled can be a good first step in getting your finances reorganized. Just be aware that the lender will issue you (and the IRS) a 1099-C reporting this as income to you. If that happens, contact me and we will see if there is a way for you to legally exempt your cancelled debt from your income.