That's None of Your Business (a.k.a. That's a Hobby) 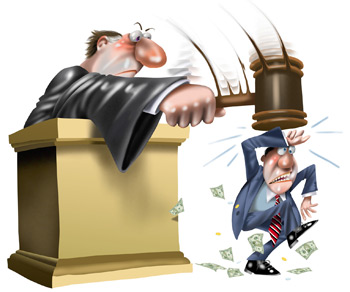 (This could so easily have happened to one of my clients...)

Decisions of the US Tax Court are made available to the public online, and I read them whenever I get a chance. They are a great source of information on how the courts are interpreting the Internal Revenue Code, and I often learn things I can apply to the benefit of my clients.

All Tax Court opinions, memos, and summaries are formatted similarly. They start with a narrative on the pertinent facts of the case, discuss any evidence presented to the court, discuss the pertinent articles of the Internal Revenue Code and any precedents in case law, and then the Judge renders his or her judgment.

This format allows me to make a bit of a learning game out of reading the court documents. I can read the narrative of the case and try to predict how the judge will rule. After dozens of cases I am getting rather good at guessing the outcome, but I read one last week that I missed by a mile.

Taxpayers wind up in Tax Court because they dispute a determination of the IRS. In Tax Court the taxpayer is always The Petitioner – that is, the taxpayer initiates the case against the IRS by petitioning the court to hear their case. The Commissioner of the IRS is The Respondent. This arrangement exists because the IRS has told a taxpayer they owe taxes (and possibly penalties) and the taxpayer disagrees. After exhausting other options to get the IRS to stop trying to impose the taxes, the taxpayer has the right to petition the Tax Court to resolve the dispute.

However, with rare exceptions, the IRS is presumed to have determined the correct amount of tax on the taxpayer. Therefore, the burden is on the taxpayer to prove to the Tax Court the IRS has made a mistake.

In this case, the taxpayer, Mr. Z., was employed as an event organizer for a software company. He made a good wage travelling around setting up conferences and training seminars for his employer. In 2013, he got the idea to start a side business that would hold small film festivals in different college towns. There were a lot of startup costs and the idea was slow to catch on. For tax year 2013 Mr. Z claimed his new business on Schedule C of his individual income tax return, showing gross receipts of $690 and expenses of $32,747.

The IRS audited Mr. Z’s 2013 tax return and disallowed the $32,747 in business expenses because they determined Mr. Z’s activities were better classified as a hobby, not a business. Hobby losses cannot be written off against any income other than hobby income, so Mr. Z’s expenses in excess of $690 were disallowed. Mr. Z petitioned the Tax Court for relief.

After reading the narrative I was convinced Mr. Z had started a business (not a hobby) and would be granted relief from the IRS determination by the Tax Court. So convinced, in fact, that I skipped over the judicial arguments section and went straight to the end of the document to read the ruling. When I discovered Mr. Z had lost his case I scrolled back up to read more and find out how the Judge could come to such a different conclusion.

In the Opinion, Judge Guy lays out 9 points to ponder when determining whether an activity is a business or a hobby. They are:

Judge Guy then goes point-by-point (for a dozen or so paragraphs) in creating a scorecard for Mr. Z with respect to each of these determining factors. (As there were no assets in the business to appreciate, point 4 was not considered.)

Remember, in Tax Court the burden is on the taxpayer to prove the IRS determination is not correct. In this case the IRS determined Mr. Z’s business was a hobby. Therefore, Mr. Z had to provide evidence to support his claim that his activities were a business and not a hobby.

Mr. Z was unable to provide such evidence. Like many of the small business owners I know, he did not keep good records. Judge Guy determined that only the amount of time and effort expended by Mr. Z (point 3) favored classifying the activity as a business. For everything else, there was insufficient evidence available to change the IRS determination the activity was a hobby.

Most of the new business startups I see follow a similar pattern to Mr. Z. They have a good idea and they just want to run with it. The need to properly document their activities is barely considered. They do not generate budgets or business plans, and many are just horrible at keeping records. If the IRS determined their activities were a hobby instead of a business, they would not be able to provide sufficient evidence to get a Tax Court judge to overturn the IRS ruling. They could very easily find themselves in Mr. Z’s shoes, owing additional taxes and penalties years after they thought the matter was settled.

Mr. Z paid $13,028 in additional taxes and penalties for the luxury of not keeping good business records. How much are you willing to pay for that luxury? If your answer is $0, then you need to seriously consider getting professional assistance in establishing your record keeping standards and processes. You may need it to one day prove you are actually running a business.