How to Accidentally Become a Virginia Resident (Even if You're in the Military!) 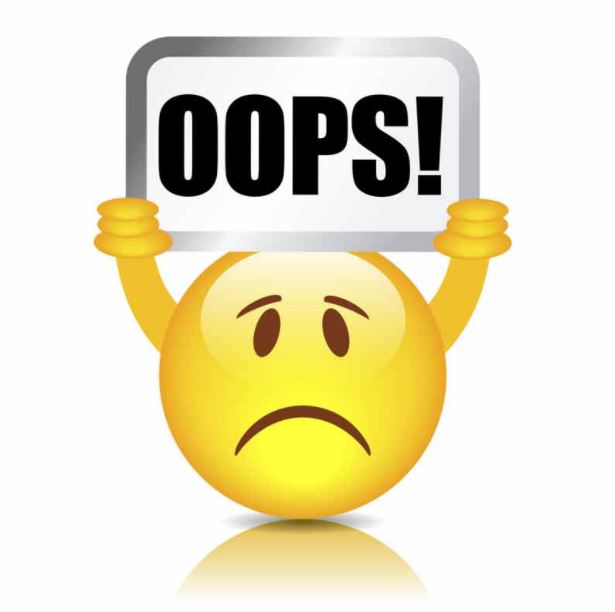 There is a provision in the Servicemembers Civil Relief Act (SCRA) that creates a nice loophole allowing many military personnel to avoid paying state income taxes. The provision wasn’t placed in the SCRA for the purpose of creating a tax loophole. It was put there to prohibit the states from taxing the incomes (and personal property) of military personnel who are living in the state only to comply with military orders. However, many military servicemembers are using this provision to avoid paying any state income taxes. Congress added a paragraph to the SCRA in 2009 that extended this same benefit to qualifying military spouses.

I don’t refer to it as a “loophole” to imply that people who use this provision are being sneaky or dishonest. This is a completely legal and legitimate tax maneuver. I used this tactic when I was in the Navy, and I encourage military personnel (and their spouses) to use it whenever possible. In fact, the point of this article is make sure no one inadvertently disqualifies themselves from being able to use it!

Here is what the first 2 paragraphs of SCRA (Section 571) say:

In short, if you are in the military and under orders to work in another state (not your home state), that state can’t make you pay taxes there just because you are present in their state. The same goes for the spouse, if the spouse is a resident of the same state as the servicemember.

I think these are fair and reasonable protections to afford military families. They work hard, move often, and sacrifice much. It is not unreasonable to allow them to maintain their tax home in the location of their choice.

Here’s the Loophole: It doesn’t prevent the servicemember from establishing residency in a state where the tax laws are advantageous – such as in a state without a state income tax. So, that is exactly what I did...

I enlisted in the Navy in 1987 from my home state of Ohio. Under the SCRA I retained my status as an Ohio resident even though the Navy had relocated me to Florida. At that time Ohio was taxing the incomes of military personnel who claimed status as Ohio residents. It didn’t take me long to figure out that Florida had no income tax and it would benefit my wallet to become a Florida resident. I marched my Buckeye behind down to the Duval County Courthouse and declared Florida as my legal domicile. Then I took the certificates they gave me to my personnel office and they changed me over to Florida for pay purposes. Despite multiple moves, I retained my status as a Florida resident throughout my Navy career.

Many servicemembers falsely believe the SCRA gives them total immunity from the taxing authority of the states in which they live and serve. This is simply not true. What the SCRA says is that the state can’t consider them a resident for tax purposes solely because they are stationed/posted there under military orders. This presumes the servicemember intends to return to their state of legal residence after their military career. If the servicemember (or spouse) takes other actions indicating they intend to stay in the new state, then that state can legally consider them a resident even if they are still serving in the military.

Virginia uses the term domicile. Under Virginia tax law your domicile is the place where you permanently live, even if you are currently not residing at your domicile. It is the place you intend to return to at some point in the future. If you are a member of the armed forces and move to Virginia to comply with military orders you are presumed to maintain your legal domicile as indicated in your military records. In this situation, Virginia cannot tax your military income or your personal property.

There are things you could do, however, to change this situation. If you take actions consistent with establishing your domicile in Virginia, then Virginia has the legal right to declare you a resident of Virginia and make your military income subject to Virginia taxes.

While there is no precise formula for establishing a domicile in Virginia, the Tax Commissioner of Virginia has consistently used the following factors to determine whether or not a servicemember has crossed the line and established a Virginia domicile:

1. Obtaining a Virginia Driver’s License. This tends to be a showstopper. The Virginia Code section 46.2-323.1 requires all applicants for a Virginia driver’s license furnish a statement certifying they are a resident of Virginia. Furthermore, members of the armed forces stationed in Virginia are not required to obtain a Virginia driver’s license. Doing so is completely voluntary and shows strong intent to remain in Virginia.
2. Voter Registration. Another showstopper. Federal law requires all states to provide absentee ballots to military members who cannot be present in their home state to vote. To be qualified to vote in Virginia you must be a resident of the precinct in which you vote. Thus, a servicemember registering to vote in Virginia is committing a voluntary act that indicates intent to establish domicile in Virginia.
3. Maintaining Contacts in Your Home State. Do you still own property, have family, a business, registered cars, driver license, and maintain your voting registration in your home state? These indicate continued connections to your home state and intent to return there someday.
4. Other Indicators. Have you purchased property in Virginia, registered your cars in Virginia, or exercised other benefits of being a Virginia resident? These are not showstoppers, but may indicate a pattern of intent to remain in Virginia.

If your intent is to retain your residence in your home state outside Virginia, then you need to make an effort to maintain ties to that state. On the flip side, if you voluntarily make ties to Virginia, then Virginia has the right to claim you have abandoned your previous domicile and established a new domicile in Virginia – making you a Virginia resident subject to Virginia income taxes.

As always, if you have questions, please contact me.