What a Crooked Tax Preparer Can Do for You 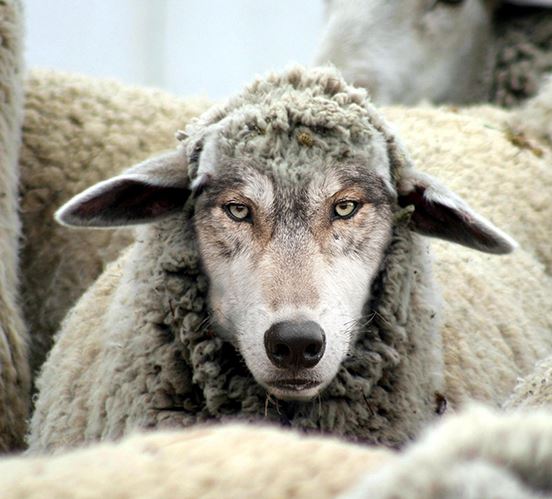 I was just a young lad when my grandmother told me, “If it sounds too good to be true, it probably is.” Apparently not everyone has access to such wisdom. Or maybe they do, but they don’t believe it extends to all professions or services. A taxpayer named Matthew Bell recently found out the hard way this age old expression most assuredly applies to paid tax preparers.

In 2014 Mr. Bell worked as a sales rep for two different companies. He received two W-2s showing income totaling $127,858. Mr. Bell had used a tax preparer for several years, but his friend recommended Mr. Bell seek the assistance of a different tax preparer, Pam Williams. Mr. Bell sent Pam Williams his W-2s and received a reply from her later that day stating:

After taking a cursory glance at your W2’s, I will be able to get you a refund of about $20,000. My fee will be 20% so approximately $4,000. I would encourage you to see what your tax guy would be able to get you. If you like what I can do better and you’re willing to pay my fee then let me know and I will proceed. The way my fee works is since you’re a friend of Jeremy’s you pay me after you get the refund that I say I can get you.

Mr. Bell’s tax return was prepared and filed by Pam Williams. Although the return was not signed by Mr. Bell or the return preparer (Pam Williams), the IRS accepted it and processed a refund of $17,663 for Mr. Bell.

Upon review, the IRS discovered Mr. Bell’s return contained a Schedule C for a business called Sales Lead Generation for Marketing Companies, which had lost more than $54,000 in 2014. Additionally, Mr. Bell’s Schedule A claimed a deduction of nearly $30,000 for unreimbursed employee business expenses. The IRS issued a notice of deficiency disallowing $69,857 of these deductions, adjusted his return to show a tax owed of $18,011, and added the accuracy-related penalty of $3,602.

As previously stated, Mr. Bell did not dispute the disallowance of deductions or the $18,011 in tax due. He knew he didn’t have a business or unreimbursed employee expenses entitling him to take the massive deductions on his tax return. However, Mr. Bell believed he shouldn’t have to pay the 20% penalty because Pam Williams manufactured a fictitious business and a fraudulent tax return in his name and filed it without him seeing it. He argued he had acted reasonably, not negligently, by relying on a professional tax return preparer.

Long story short – Matthew Bell lost his case. He must pay the $3,602 accuracy-related penalty. Among other things the tax court made the following points in the summary judgment:

The court essentially told him that when Pam Williams promised something too good to be true, it was his duty as a taxpayer to make a sufficient effort to determine his true tax liability – something he never did. That makes him negligent and liable for the 20% penalty.

I look back to Pam Williams challenge/semi-taunt in her email reply to Mr. Bell. Knowing an honest preparer wouldn’t be able to come close to the refund she was promising she wrote, “I would encourage you to see what your tax guy would be able to get you.” Mr. Bell found out the hard way that one of the things his previous tax guy could get him was zero accuracy-related penalties to the tune of $3,602. Instead he chose to see what he wanted to see – a fat refund – and it ended up costing him in the end.

The Warning Signs of a Crooked Tax Preparer

Mr. Bell didn’t find the only tax preparer out there who is willing to lie on a tax return to get you a refund for which you aren’t truly eligible. How do you spot and avoid them? You need to realize that even if you pay someone to prepare your tax return, it is YOU who is ultimately responsible for the contents. Knowing that, it should be easy to apply some common sense to your relationship with your tax pro.

1. If it sounds too good to be true, it probably is. Ask around. Take your return to another professional for review.
2. How is your tax preparer getting paid? Are they getting a percentage of your refund? If so they are no longer a reliable advisor.
3. Make sure you review your return before it is filed. If a preparer files your return without reviewing it with you, notify the IRS that you do not recognize the return that was filed as yours.
4. When you review your return look for inflated expenses or dependents who aren’t yours to claim. Unscrupulous tax preparers will often pad returns with these things to inflate the refund.
5. Is your preparer encouraging you to have your refund deposited to the preparer’s bank account? Big. Red. Flag.
6. If you believe your tax preparer has engaged in misconduct or fraudulent activity, report them. The IRS has gone out of their way to make this easy for you.

I’m all about minimizing your tax bill and getting you the biggest refund possible, but it must be above board. The correct solution to your taxes is the one that is LAMA – legal and most advantageous. If it isn’t most advantageous you’re paying more taxes than necessary. If it isn’t legal you’re going to owe interest and penalties on top of your taxes. If you want to get the LAMA tax return, please contact me.