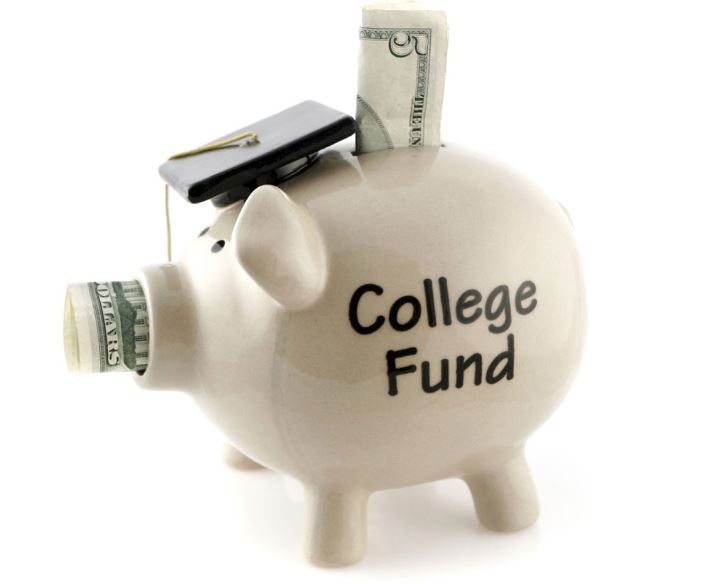 As I have written before, I am a fanboy of 529 plans in general and the Virginia 529 plan in particular. The Commonwealth has done an uncommonly good job at taking the federal guidelines for 529 plans and creating an efficient, effective, and user-friendly program. I like any program that gives us a tax break for education. What I particularly like about the 529 plans is that:

1. 529s are one of the few tax-advantaged higher education programs in which room & board is a qualified higher education expense. That’s good news if your child might eat or sleep at some point during their time at the university. I don’t know what planet our lawmakers are from when they don’t consider room and board necessary expenses for other college tax breaks. It was a significant chunk of what we spent on our children’s college educations, and we were glad we had the 529 plans in place to help us cover it.

2. Anyone can use the 529 plan. Most of the other tax breaks available for college have income limitations. Earn too much and you can’t take advantage of the program. Not so with the 529 plans. There is a limit to how much you can contribute, but there is no income barrier to participation.

3. Even if you don't plan far enough ahead to take advantage of the tax-deferred growth in a 529 plan, you can still get a tax break for your contribution by using the Virginia College Wealth program and running your education funds through a Virginia 529 account in the same year you make the payments. It's a nifty little loophole anyone can use.

As easy as Virginia 529 makes it to save for college, some mistakes can be made when you withdraw that will negate the great advantages you received for using a Virginia 529 plan. You can end up with a tax penalty if you aren’t careful. You can even wreck your eligibility for other (more valuable) college benefits. Here are 4 mistakes I see, and how to avoid them.

1. Using a 529 from a non-parent early in the student’s education. This is how this scenario frequently unwinds: Grandparents have a 529 for the student they started when they initially became proud grandparents. Now it's time for freshman year and Grandma and Grandpa take money out of the 529 and give it to the family to help with college expenses. That is unbelievably thoughtful and sounds wonderful, but it can have somewhat dire unintended consequences. Why? Because needs-based federal student aid is concerned with parent’s money and student’s money – and student’s money counts nearly 4 times as much as parent’s money when calculating eligibility for student aid. When Grandparents take money out of a 529 for a student, that counts as student money for federal student aid purposes. The grandparent’s helpfulness could get overshadowed by the student aid that gets lost as a result.

The solution here is to wait until the student’s junior year to tap into grandma and grandpa’s 529 money. There’s a built-in lag in income reporting to student aid. By the time the student aid folks are told about the grandparents 529 money, the student should be through their senior year.

2. Withdrawing money too early from the account. Here’s the scenario: You know the school is going to bill you on January 10th, so you withdraw money from your 529 plan on December 22nd so the money is ready and available when the bill arrives. Makes perfect sense, and you should be rewarded for being so prepared and organized. Except the IRS isn’t always concerned with what makes sense, or how this fits your personal method of organizing. Money withdrawn from a 529 in 2017 must be used to pay for college expenses in 2017. January is in 2018, so you can’t apply that 2017 withdrawn money against the 2018 college bill and keep it tax free.

The solution here is to wait until January to make the withdrawal for the January bill. You could also elect to do what we did, and withdraw from the 529 plan on a reimbursement basis. We would pay the college bills from current operating monies and then reimburse ourselves from the 529 after the fact. This had the added benefit of making our withdrawals more precise. We knew exactly how much we had spent on room and board by the time we made the withdrawal.

There is no solution for this. Plan ahead for these expenses, but not with your 529 money!

4. Assuming the 529 is only good for room and board if the student lives on campus. Every once in a while, I’ll find someone who believes you can only use the 529 money on dorm fees and pre-paid meal plans. It just isn’t so. You can use your 529 money for room and board off campus. The limitation is that you cannot claim a greater expense than what it would cost to put them in the dorms and buy the meal plan. If you want to put your son or daughter in the Ritz Carlton for a semester and let them eat caviar, knock yourself out. But...the most you can claim as a qualified higher education expense on your tax return is the same as it would cost to house and feed them on campus.

There isn’t a solution needed for this. Just be aware the student can live off campus and still use the 529 money. Also, be aware that it’s usually easier for me to take the posted on-campus rates from the university when I am calculating education expenses than it is for me to look at actual expenses.

The Virginia 529 plan is a great way tosave for college expenses. This is especially true if you know your student is going to be living on or near the campus. The important thing to remember is that you can accidentally make things worse with your 529 account if you aren't careful. When in doubt you should call me first.