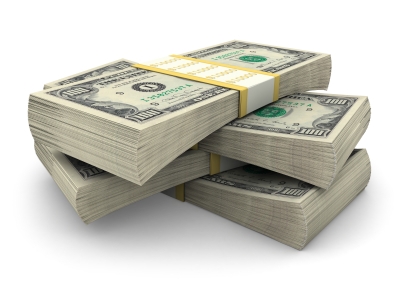 If you worked under a job covered by Social Security, but were then injured and unable to work for a year or more you may qualify for Social Security Disability payments. These payments can sometimes be the difference between solvency and insolvency for those who need them, but they can also cause tax complications. Nothing is easy when it comes to government programs, right? Social Security Disability Benefits are sometimes taxable, but sometimes not taxable. To further complicate things, there is such a backlog of claims your first payment might cover more than one year of benefits. If you were injured and applied for benefits in 2017 you might not receive any benefits until 2018, at which time you could receive a lump sum payment for benefits going back to the date you were injured. Under the tax code you generally pay taxes on money when it is received, so you could have a tax problem in the year you receive a large lump sum.

There is a way to fix a tax problem created by Social Security lump sum payments, but you must know the fix exists and how to use it. There is a provision known as Section 86(e) allowing you to elect to have the portion of the Social Security Benefit received for a prior year to be taxed as it would have been if it had been received in that prior year.  You don't have to go back and amend that prior year return, you just have to calculate the tax as it would have been calculated on that return. This can provide a very nice tax benefit when it's needed. Let’s look at an example situation to take a closer look at how the problem develops and how it gets resolved.

John works in a job covered by social security. His wife Jenny is a school teacher, but their financial plan is for Jenny to take a few years off work to stay at home with their infant son. She may even stay out of work longer to have more children. Then life happens...in January 2016 John is injured. His doctor says he will not be able to work for at least a year, possibly longer. John applies for Social Security Disability Benefits.

Throughout 2016 John is unable to work.  He is also unable to provide adequate care for their son on his own. Jenny stays at home to care for them both. They burn through their savings, but they make it. By early 2017 John is strong enough to look after their son, so Jenny goes back to work as a teacher, earning $48,000 for the year.

John receives a 1099-SSA from the Social Security Administration in January 2018 stating he received $20,000 in benefits from the SSA in 2016. While this is true, it is also a bit misleading, and poses a big tax disadvantage for John and Jenny. Social Security benefits are taxable based on the amount of other income you make. Up to 85% of the benefits can be taxed if you make more than $44,000 and file a joint return. ($34,000 if you file individually.)

Section 86(e) to the Rescue

There is a fix for this in Section 86(e) of the Internal Revenue Code, commonly called the “Lump Sum Election”. This allows the taxpayer to calculate the tax on the Social Security as it would have been calculated had it been received in a timely fashion. In our example, if John and Jenny had timely received the $10,000 of 2016 Social Security Disability benefits, that $10,000 would have been taxed at 0% (or, rather, it would not be included in taxable income). Therefore, they can claim a Lump Sum Social Security Payment Election under Section 86(e), and get the 2016 tax treatment on that amount on their 2017 tax return.

The IRS has never issued guidance on how to formally make the Lump Sum Election, so taxpayers are advised to include a statement with their tax return indicating they have chosen the Lump Sum Social Security Benefit Payment Election Under Section 86(e). You may even want to show the math used to come up with the amount taxable you include on line 20b.

Be advised the election is not required. It is permissible to treat the entire lump sum as received in the current year if that is more advantageous to you. For example, if Jenny was still working in 2016, but not working in 2017, it would be more advantageous for them to pay the 2017 rate on the entire lump sum. In this situation, they would NOT elect to use Section 86(e) to apply the 2016 tax rate to part of the lump sum payment from Social Security.

Section 86(e) is one of those strange aspects of tax law that is highly useful, but not widely known. Most people never have to use it and virtually no one ever uses it more than once. It can save you quite a bit at tax time, though, if you can apply the Lump Sum Social Security Benefit Payment Exclusion to your advantage. If you find yourself in that position and you’re stuck, give me a call. If you know someone who received a large Social Security Disability payment covering multiple years, send them a link to this article. It might be very valuable to them!