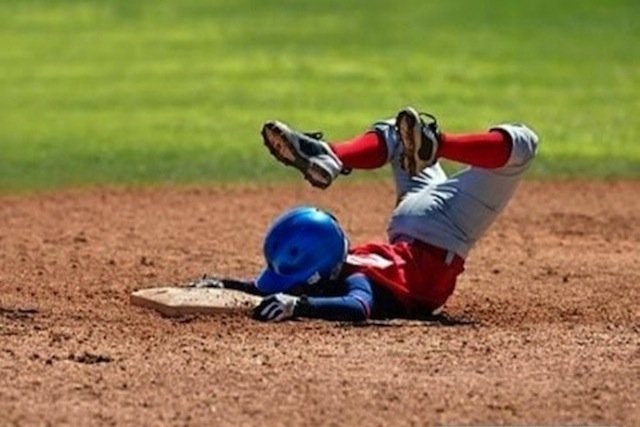 Another tax season has officially come and gone. While I still have a couple dozen clients on extension to complete, I wanted to start blogging again. I like doing taxes, but only doing taxes for 12 hours a day, every day for weeks and weeks was starting to make me a little batty. I'm glad to mix it up a bit again.

The military spouse residency relief act can be confusing, but I’m going to break down how Virginia implements it as simply as I can. If you are living in Virginia because your spouse is here on military orders, you have two options:

Several times this year I had clients tell me the military member (stationed in Virginia) was from (pick any state) Montana, but the spouse was a resident of (pick any other state) Ohio.

No. That isn’t how it works.

2. Virginia Returns with the Non-Resident Military Member on Them

Nearly all married couples file their federal returns jointly. They will often get the most advantageous tax result by doing so. The do-it-yourselfers know this, so they prepare a joint federal return. Then it comes time to file their state taxes. He’s active duty and from Florida, and she is not. They know she has to pay taxes in Virginia, but he doesn’t. Let the battle with the software begin!

The states have a variety of ways to handle this situation. Virginia’s solution is that if one spouse is a VA resident and the other is not, then the resident spouse files separately in Virginia - even if they file jointly on their federal return. Most tax software hates that. It will try to steer you toward filing jointly in Virginia. Then his income shows up on the Virginia return and it doesn’t belong there. That’s when people come up with inventive ways to remove the non-Virginian's income from the Virginia return.

The fine folks in Richmond have no idea what your state of residency is. They only know that if you put somebody on the Virginia tax return and then invent some creative way to remove that person’s income, it’s wrong. They add it back on and send you a bill.

Here is how this one normally goes: Martha earned $20,000 from her primary job during the year. She also started working a second job on nights and weekends, earning $20,000 from that. In addition, she receives $20,000 in pension benefits during the year. Altogether she has $60,000 of income. However, the HR folks at job 1, job 2. and the pension administrators don’t know about each other. As far as they know Martha is only earning the $20,000 per year they are paying her. They are withholding taxes as if her total tax bill is going to be based on $20,000 of income.

When Martha comes to see me and I figure her taxes based on the $60,000 she actually brought in, I am likely to find that she did not have enough taxes withheld and she is going to have to write checks to the IRS and VIrginia.

Getting your tax withholding right across multiple income streams can be tricky. The IRS online withholding calculator is pretty good at helping you figure it out. Just make sure you have pay stubs from all your income sources and your most recent tax return when you start. It will ask for a lot of data you won’t have at the ready in your memory banks.

I only saw this twice, but I hate to see any tax deductions go wasted, so I wanted to address it. Contributions to the Virginia 529 college savings plan are deductible from your Virginia income taxes. Despite this I noted 2 incidents where clients were paying taxes in Virginia and putting money into the 529 plan in another state.

There is no tax deduction for contributions to another state’s 529 plan. Virginia’s 529 plan has good choices, low fees, and can be used in other states, so I can’t think of a compelling reason not to use it if you are paying Virginia taxes. Unless, of course, you don’t like money. (Which would be a strange condition for somebody reading a tax blog!)

Those flimsy, blank receipts you get for donating items to Goodwill, The Salvation Army, Samaritan House, CHKD, DAV, etc. I have a real love-hate relationship with those things. I am glad the government is encouraging re-use of items, that people can get a tax break for donating their items to charity, and that poor people have access to a lot of used items at good prices to help them make ends meet. On the other hand many taxpayers are quite confused as to how to properly claim this deduction.  They hand me their blank receipt, but when I ask what they had donated they look downright bewildered. They look at me as if to say, I gave stuff to charity and they gave me this blank receipt. Do something with it!

I can see how some confusion might happen. I can’t think of any other place where they hand you a blank receipt and expect you to know what to do. The thrift shop never explains it, either. The guy who takes in your stuff isn’t giving tax advice any time soon. He just hands you the receipt and you’re on your own. (The Thrift Shop isn't allowed to fill it out for you, btw. That's your job!)

You should take a few minutes and fill that out as soon as it is handed to you. The store isn’t going to fill it out for you.  You aren’t going to remember what you donated 6 or 8 months later when it’s time to do your taxes. Take a little time to manage your taxes throughout the year. It is worth it!

That's my top 5 for this year. I hope you enjoyed it and there were some useful knowledge nuggets in there for you to use. If you have any questions don't hesitate to contact me.