Tax Changes When You Retire or Transition from the Military 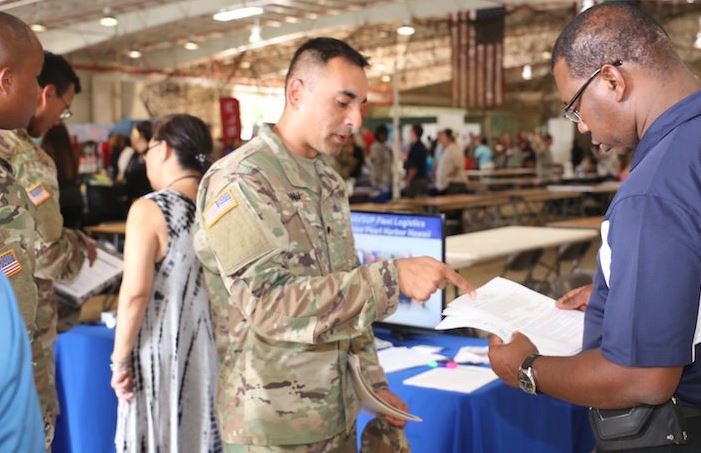 With the thriving military bases in the region, Hampton Roads is blessed with many military retirees. (I find it ironic we are called ‘retirees’, since many of us work just as hard (or harder) after leaving the service as we did when we were on active duty!) Some interesting tax issues often arise in the year a member leaves military service. I lived a few of these issues, and see even more as a tax professional. Hopefully this article will help some of my newly retired (or about to retire) brothers and sisters in making transition to civilian life a little smoother.

That First State Tax Return Can Be a Doozy! Many of us took advantage of the Servicemembers Civil Relief Act (SCRA) to avoid paying state income taxes while we were on active duty. I sure did. At the beginning of my first duty station in Florida I marched down to the Duval County Courthouse and registered my domicile in Florida. Took that paper to my personnel office, and skipped out on paying state income taxes for the next 20 years.

Spouses weren’t covered by the SCRA back then, so my lovely wife Tade has been filing in Virginia since we moved here in 2001. I didn’t have to start filing here until I retired from the Navy in 2010. Even though many military spouses are now exempt from state taxes by the Military Spouse Residency Relief Act (MSRRA), I still see many couples in the situation Tade and I were in; one spouse is a Virginia resident, and the other is not.

In my opinion, Virginia handles this situation very sanely. Even if the married couple files their federal return jointly, Virginia allows them to file separately if one is a resident and the other is not. Not all states allow you to have a different filing status on your state return than you have on your federal return. Virginia makes it the only correct way to file if one of you is not a Virginia resident. I find that simple to comprehend. Unfortunately, most do-it-yourself tax software has a lot of trouble when you try to change filing status between your federal and state returns.  I've had a few clients successfully figure out how to do this, but not many.

Tade filed the same way she always did - her status was married filing separately, and she was a full-year resident (form 760). Paul also filed in Virginia as married filing separately, but on a Virginia part-year resident return (form 760PY). We had to use two different forms to file in Virginia! Good luck getting your do-it-yourself tax software to help you get to that conclusion.

Worse still are the state returns for folks whose transition meant they were part year a resident of one state, and part year a resident of another state. It can be quite challenging to get the interplay between the state returns to be right in these situations. I pay $1,200 annually for my tax software, and I’ve been known to throw my hands up (mutter some sailor-like words about the parents of the people who designed my software), download blank forms from a state website, and fill them out by hand to get the correct tax result.

The bottom line on this issue is that your state tax return(s) in the year of your transition out of the military can be more challenging to prepare than usual. Don't expect your off-the-shelf software solution to walk you to the right answer. They don't deal with this problem very often. (Fortunately, you don't either!)

Increased Income Means Increased Taxes. Many military retirees experience increased income when they leave the military. They get a job for as much as (or more than) they were making while on active duty. They also begin receiving their military retired pay. The increased stability of not having a military move looming in the future means spouses may also see a bump in pay as well. It is not uncommon for me to see a family’s income double within a year of a military retirement.

As I have previously written, there is an income zone (that I call ‘the crease’) where your income taxes will increase significantly faster than your income.* This zone sits just above the income level of many military families. When their income increases right after a military retirement, they can shoot into (or through) that zone, and the tax impact can be dramatic. One couple saw a 70% increase in income, but their tax bill more than tripled!

Higher incomes can (and probably should) lead to higher taxes, but there are ways to be proactive about managing the situation to keep your tax bill from exploding. The solutions are unique to the individual situation, but nearly all require advanced planning. Very little can be done to mitigate taxes after the tax year is over. You need to plan and act ahead. Please contact me if you want assistance developing your tax strategy.

(* The revision of the federal tax laws that went into effect in 2018 (also known as the Tax Cuts and Jobs Act) made some changes that should help flatten out 'the crease' as described in my linked article from 2016. Notably, starting in 2018 the child tax credit does not begin phasing out for families until their adjusted gross income is more than $400,000.)

Your Military Pension is Taxable in Virginia. The Commonwealth offers some generous tax breaks to military personnel, but not much after you retire. Virginia will tax your military retired pay as regular income. The DoD will follow your instructions and/or the withholding tables provided to them by Virginia to determine how much to withhold for Virginia taxes. IT’S ALMOST NEVER ENOUGH.

Here’s how this scenario frequently plays out: You leave the military after 20+ years of service, having not paid state income taxes for decades. You get a civilian job. The pay is good, but there’s that new line on your pay stub/earnings statement for “Virginia Tax Withheld”. It isn’t much, but it’s a bit annoying since you never paid it before. You also start getting retirement pay (Woo hoo! Free money!) There’s that annoying line on your retiree statement for Virginia taxes, too. Then you file your first Virginia income tax return and find out you owe them thousands of dollars because neither your employer nor the DoD were withholding enough to cover your Virginia tax bill.  It happened to me, and I’m pretty knowledgeable about taxes!

Setting up your tax withholding is another area that requires a little prior planning. It can be tricky. See me if you want some assistance with that. I learned my lessons on that one the hard way, but I learned them well!

If you bothered reading this article it’s probably because you are recently retired from the military, or you are about to retire. It’s an exciting time. I remember feeling a bit anxious about the future during the year of my transition. (Not about taxes, but life in general.) If I could do it over again I would relax a little bit and dream bigger from the start. I learned more in my decades of service than I knew. You probably did, too. Congratulations on getting to this next stage, and thank you for your service!