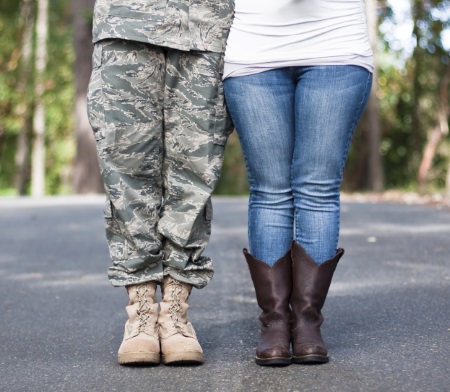 By themselves state tax returns are usually not complicated. Most state forms are similar to the federal forms and many states also have helpful websites to answer your questions. Despite this, most of the problems I see (and experience) are related to the state tax return forms.

Tax software is designed to have you fill in the federal tax forms and then your state return should automatically fill from the information on your federal tax return. Most of the time that works just fine. But not always. If your federal and state tax returns are not being filed the same way - if the federal and state returns are different for some reason - the software can't always handle it. Mismatched state and federal tax returns are a common occurrence here in Virginia Beach due to the large population of military personnel in the region.

A situation I see quite often is a military person moves to Virginia from another state and gets married. The service member uses another state (let's say Florida) as his home of record, but his spouse is a Virginia resident. They file their federal return jointly. His income is not taxable in Virginia and he is not required to file a Virginia return. The spouse's income is taxable in Virginia and she must file a Virginia return. Virginia's solution to this situation is to have the spouse file her tax return as married filing separately.

While this is the correct (and most advantageous) way to file, most tax software puts up a fight when you try to change the filing status on your state return to something different than your federal return. When that happens you (or your tax preparer) can end up sitting there for quite a while trying to figure out how to get the tax software to produce the answer you know is right!

I have had several clients in past years who wanted me to file just their state return. They have filed their federal return, but they can't get their software to give them the right results for their state return. They give up fighting with their software and bring their problem to me so that I can fight with my software. (That's not a problem, by the way, I don't mind doing that. My software provider actually likes me because I keep providing them useful feedback on how to make their product better.)

Enough about the software, though, let's look at that situation again. My two-state couple files their federal return jointly, but only she has to file a Virginia return, and she is going to file it as married filing separately. I see some room in that situation for a little tax savings for couples who itemize their deductions. As a Florida resident he isn't going to file a state tax return. He doesn't need any deductions (or exemptions) in his name. That means we can overweight the deductions and exemptions in her name so she gets credit for them on her Virginia state income tax return. The software won't do this automatically, but we can manually override it for some additional tax savings.

I wouldn't recommend going overboard with this tactic and piling every single deduction from the federal return on her state return. The fine folks in Richmond are not going to believe that he made $50,000, she made $30,000, yet she can claim all $20,000 worth of deductions. (Virginia audits returns and requires proof just like the IRS does.) But if she has made some charitable contributions during the year, perhaps they can all go on her return. If a couple maintains separate bank accounts and she is paying the mortgage from hers, I think you can substantiate her claim on the mortgage interest deduction for her state return. If there are dependents, you should definitely put them on her return in this situation - unless it is completely unjustifiable for some reason.

Sometimes a military couple will need to file separately in two different states. In that case we would want to overweight the deductions on the state return where they would generate the most tax savings. Every situation is different, and needs to be considered based on its own merits, but I can often squeeze a few more dollars out of a state return using this technique.

If you want some assistance getting your state taxes filed, please contact me.